Meet the founders of JigSpace: Zac Duff and Numa Bertron

JigSpace is spatial presentations made easy and one of the world's top augmented reality apps - a platform to explore, create and share truly interactive, 3D knowledge for anything, whether you are a teacher, salesperson, designer or engineer.

The seeds of JigSpace were planted in 2014, when co-founders Zac and Numa met while teaching game development at a college in Australia.

As restless soon-to-be entrepreneurs they began prototyping a live teaching platform for virtual reality (VR), to give remote students the opportunity to learn alongside their classmates.

Initial results were extremely positive, but one thing stuck out:

"If we can learn in a 3D environment where anything is possible, why are we still using 2D resources?"

There was no simple way to easily create 3D knowledge.

The following week Zac took time off to prototype what he described as a “tool to make 3D instructions for anything” and JigSpace was born. 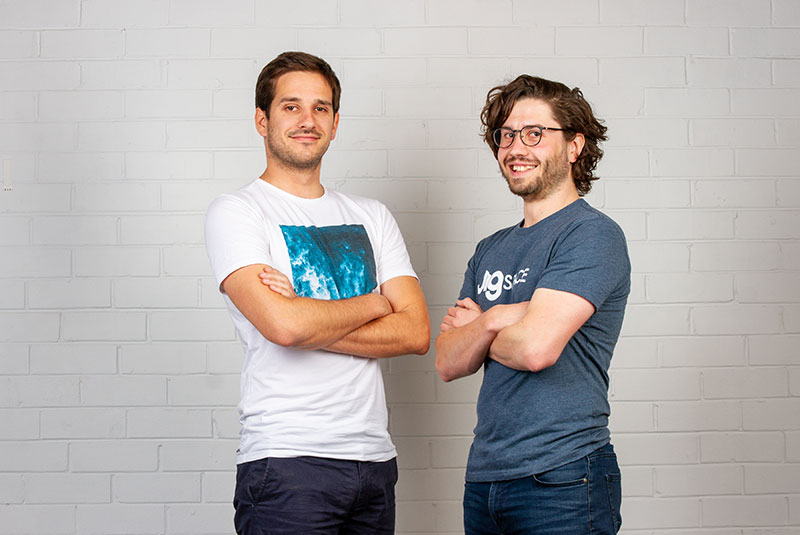 Zac Duff is the CEO and a co-founder of JigSpace, the platform for creating and sharing interactive, 3D instructions for anything. Zac hails from Tasmania, and spent a decade making award-winning video games across a range of platforms. As an artist, designer, and sometime engineer (when allowed), Zac has a wide range of expertise and takes a holistic approach to development.

Zac’s interests lie at the intersection of technology, learning, and art, and how we can use the latest advances in augmented reality or virtual reality to take our understanding of the world, and each other, to a whole new level.

Numa Bertron is the CTO and co-founder of JigSpace. With a background in both art and programming, he has spent the past 10 years turning code into beautiful visuals. From scientific visualisations to video games and educational apps, Numa loves providing elegant solutions to tough problems. He is a firm believer in releasing code often and iterating fast, prioritising putting new features in the hands of users.

When he’s not working on JigSpace's augmented reality apps, Numa spends most of his time surfing and building awesome machines.